Sale of armed US drones to friendly nations to be allowed 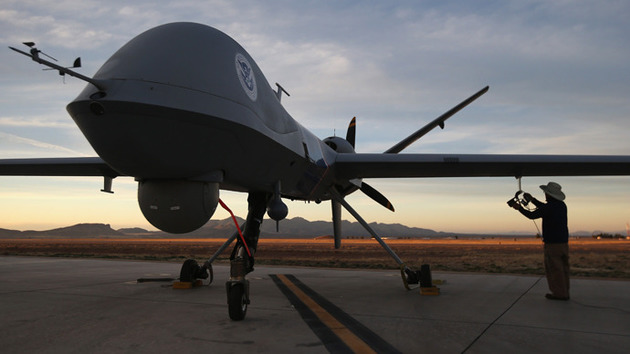 WASHINGTON - The Obama administration will permit the export of armed military drones to friendly nations and allies.

The new policy, announced after a long internal review, is a significant step for U.S. arms policy as allied nations from Italy to Turkey to the Persian Gulf region clamor for the aircraft. It would also give a boost to U.S. defense firms scrambling to secure a greater share of a growing global drone market.

The State Department said it would allow exports of U.S. military drones under strict conditions, including that sales must be made through government programs and that recipient nations must agree to certain "end-use assurances."

The assurances include the pledge not to use the unmanned aircraft illegally.

The drones have played a critical but controversial role in combating terrorism and are increasingly used for other purposes.

Recipient countries would be required to certify that the drones would not be used for unlawful surveillance or force against domestic populations and only in internationally sanctioned military operations, such as self-defense.

Firms like privately held General Atomics, maker of the Predator and Reaper drones, Northrop Grumman Corp, Textron Inc and other arms makers have been urging Washington for years to loosen strict export curbs, which they say have caused them to lose orders to Israel and others in the growing market.

The change also follows stern warnings by top U.S. officials about rapid advances in weapons technology by China, Russia and other potential foes, including unmanned systems.

The new policy will make it easier for America's closest allies to buy armed drones, while maintaining stringent controls on the overall technology, U.S. officials said.

Britain is the only country now flying armed U.S. drones, but France and Italy fly Reaper surveillance drones. A State Department official said previous requests for armed drones from Italy and Turkey would be reviewed in light of the new policy, said Reuters.

U.S. lawmakers are currently considering the sale of unarmed Predator drones to the United Arab Emirates, which has played a key role in air strikes on Islamic State sites in recent weeks, it said.

According to AP, drone transfers had been governed by regulations that presumed that requests would be denied except in highly unusual circumstances. Certain armed drones those with a range of 186 miles (300 kilometers) and able to carry a payload of 1,100 pounds (500 kilograms) will still be subject to those restrictions.

The administration said it was making the changes to ensure that military drones are used responsibly and legally. The new policy is also part of a broader U.S. strategy to cooperate with other nations to formulate global standards for the sale, transfer and use of unmanned aerial systems, said AP.