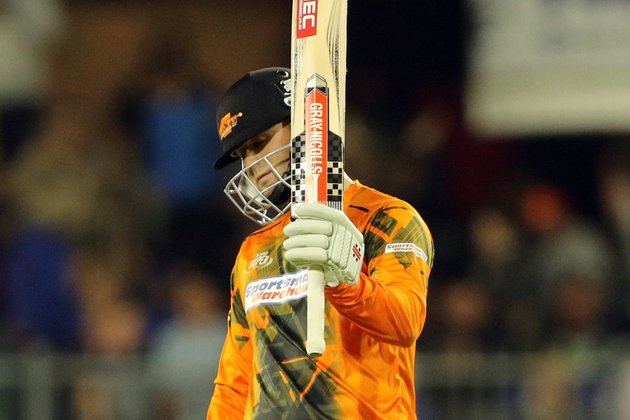 Inclement weather in Durban quite literally rained down on Heat's parade, consigning them to an early elimination from the 2018-19 Mzansi Super League, after their clash against Nelson Mandela Bay Giants ended in a washout.

Durban has already been witness to its share of curtailed games this season. But Wednesday witnessed the worst of the rains yet, as only 13.3 overs were bowled, after the Bay Giants had elected to bat.

It was a shame that it came down to this, really, as a smooth and shiny Kingsmead surface, with affable bounce and carry, had left this with the prospect of being a high-scoring entertainer. And indeed, the 13.3 overs that went down were evidence of that, as the Bay Giants punched 121 runs for the loss of two wickets. But after a second interruption at that juncture forced the players off the field, they never returned. The result also meant that the Bay Giants rose to second place, with 21 points, one better than Jozi Stars.

The fireworks, while they lasted, largely came off the bat of JJ Smuts, the opener, who struck his second half-century of the season. Smuts strung together rapidfire partnerships, of 42 with Jason Roy for the first wicket, and 71 with Rudi Second, the wicketkeeper, for the second wicket.

Presumably to take out the probability of ball coming onto the batsmen, Heat opened with the left-arm spin of Keshav Maharaj. But Jason Roy's innovative offense - a reverse sweep over backward point for six - immediately upset those plans. Smuts rode his luck, when Vernon Philander couldn't get a full-blooded drive back at him to stick on in the second over, before Roy smacked the bowler for six over long-off to end the over.

Both Roy and Smuts laid into an assortment of boundaries as the Heat bowlers struggled to find the ideal pace on the surface. With the ball not quite skidding on, fuller deliveries were nicely helped along with the angle behind square, or shovelled inside-out over the in-field.

Even Rashid Khan, with more variety in his arsenal than the best of all-you-can-eat buffets, was rolled out a harsh welcome in his first match of the season, Smuts taking him for a brace of boundaries in his first over. Heat broke through when Roy walked across to Marchant de Lange's first delivery and played all across a straight one to be trapped lbw. But Rudi Second ensured the elation was as fleeting as it could be, pinching two fours off his first three balls.

After Second paddled Philander to fine leg for a single to start the eighth over, the umbrellas began to be unfolded in the stands, as the players went off for the first time. When they returned, a good half hour later, the match had been reduced to 17 overs a side.

Four balls after the resumption, Smuts was put down again, this time by SJ Erwee trotting back from extra cover. Smuts and Second continued to pinch the boundaries, as the 50 of the stand came up in the 11th over. Kyle Abbott further fed Smuts, who manipulated the bowler's lines by moving around the crease, and took him apart for four, six and four in the 12th over. The six gave Smuts his fifty, off 38 balls, as Bay Giants soared. But in the end, it all amounted to nothing.