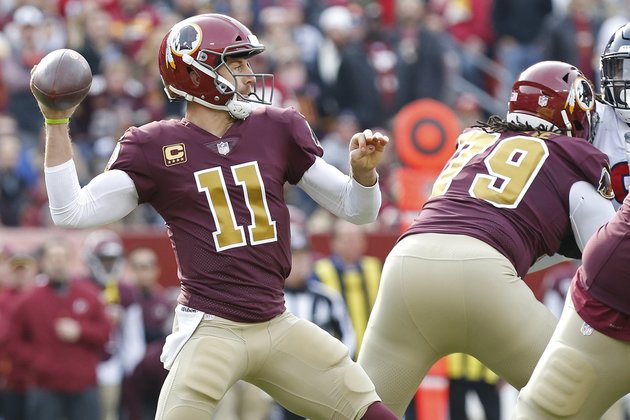 Smith is battling an infection that resulted from surgery to repair a broken fibula and tibia that he suffered in a loss to the Houston Texans on Nov. 18, the NFL Network reported, citing sources.

The Redskins released a statement Thursday asking for privacy on behalf of Smith and his family as unconfirmed stories started to circulate on social media about the severity of the infection.

"On behalf of Alex Smith, we appreciate all of the concerns and prayers over the injury he incurred on November 18th against the Houston Texans," the statement read. "Although this is a serious injury, Alex and his family remain strong. We would ask that everyone please honor the Smith family's request for privacy at this time."

Smith suffered the two broken bones in his leg in the second half against Houston after he was sacked by the Texans' Kareem Jackson and J.J. Watt. As Smith rolled over, his ankle was dangling awkwardly.

The 34-year-old Smith was in his first season with Washington after he was acquired in an offseason trade with the Kansas City Chiefs. He finished the season with 2,180 yards and 10 touchdown passes against five interceptions.

The No. 1 overall pick of the San Francisco 49ers in the 2005 NFL Draft, Smith played his first seven seasons in the Bay Area before joining the Chiefs in 2013.

Smith was a Pro Bowl selection in three of his five seasons with Kansas City, guiding the team to a 50-26 record and four postseason berths.

For his career, Smith has amassed 34,068 passing yards with 193 touchdowns and 101 interceptions. He had his finest season with the Chiefs in 2017, establishing career highs with 4,042 yards and 26 scoring passes.