US senators wrestle with rebuke of Saudis for Khashoggi killing 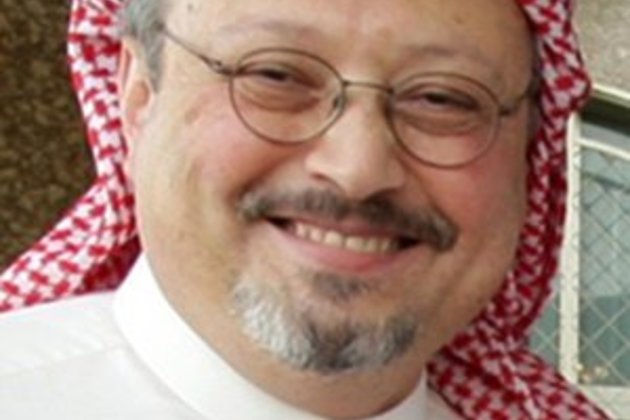 US senators are considering multiple pieces of legislation to formally rebuke Saudi Arabia for the slaying of journalist Jamal Khashoggi, with momentum building for a resolution to call Saudi Crown Prince Mohammed bin Salman complicit in the killing.

Senate Foreign Relations Committee Chairperson Bob Corker said on Thursday that senators are looking at moving three measures - a resolution to condemn the crown prince for Khashoggi's murder, a bill to suspend arms sales to the kingdom and a resolution to call on President Donald Trump's administration to pull back US help for the Saudi-led war in Yemen.

"We have three different efforts underway, all of which have a lot of momentum," Corker (Republican from Tennessee), said after meeting with other senators to negotiate on Thursday.

Corker said that most senators "in some form or fashion are going to want to speak to Saudi Arabia and where they are and send a message".

It's unclear how strong that message will be.

The Senate is expected to vote next week on the Yemen resolution, but senators are wrestling with how to limit amendments to prevent a freewheeling floor debate that would allow votes on unrelated issues.

Corker said the Foreign Relations panel may vote on the other two measures related to Saudi Arabia, though it's uncertain if there would be time to bring them to the floor or enough support to move them.

Republican House leaders haven't indicated they will take up any of the measures, meaning any action by the Senate is likely to be symbolic, for now.

Democrats taking over the House in January have introduced bills similar to the Senate legislation and would be more likely to rebuke Saudi Arabia.

House Democratic leader Nancy Pelosi said the chamber will have a briefing from intelligence officials next week on Khashoggi and: "We'll know more after that."

Senators in both parties have been enraged over the killing and over Trump's equivocating on who is to blame.

Pressed on a response to Saudi Arabia, the president has said the United States "intends to remain a steadfast partner" of the country, touted Saudi arms deals worth billions of dollars to the US and thanked the country for plunging oil prices.

Senators emerged from a CIA briefing earlier this week saying there was "zero chance" that the crown prince wasn't involved in Khashoggi's death.

Their frustration with Trump's response has fuelled interest in the Yemen resolution, with 63 senators voting last week to move forward on it.

Corker predicted the resolution will pass when the Senate takes it up next week, but wouldn't say whether he would vote for it and suggested it wouldn't be forceful enough as a rebuke.

"In my opinion, I'd like to do something that actually has teeth," Corker said.

Corker said he is supporting the legislation by senators Bob Menendez, (Democrat from New Jersey), and Todd Young, (Republican from Indiana), that would suspend weapons sales to Saudi Arabia and impose sanctions on people blocking humanitarian access in Yemen, among other actions.

Human rights groups say the war is wreaking havoc on the country and subjecting civilians to indiscriminate bombing.

Corker said he has suggested some changes to the legislation to Menendez, who is the top Democrat on the Foreign Relations panel.

Lastly, senators are considering a resolution condemning the crown prince over Khashoggi's death. Senator Lindsey Graham, (Republican from South Carolina), introduced a resolution on Wednesday that would call bin Salman "complicit" in the slaying.

Corker said he is negotiating with Senate Majority Leader Mitch McConnell, (Republican from Kentucky), to move that resolution or one that is similar.

Khashoggi was killed two months ago. The journalist, who had lived in the US and wrote for The Washington Post, had been critical of the Saudi regime. He was killed in what US officials have described as an elaborate plot as he visited the consulate for marriage paperwork.

US intelligence officials have concluded that the crown prince must have at least known of the plot, but Trump has been reluctant to pin the blame.

"It could very well be that the crown prince had knowledge of this tragic event," Trump said in a lengthy statement November 20. "Maybe he did and maybe he didn't!"