Jones: Ireland the best rugby team in the world 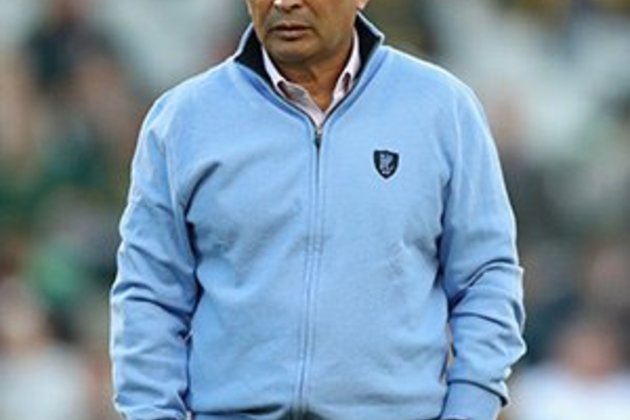 Ireland beat New Zealand November 16-9 in Dublin last November to record their first ever home victory over the All Blacks.

However, the victory was not enough for the Irish to eclipse the All Blacks as the No 1-ranked team on the official World Rugby rankings.

Jones however has no doubt who the best team in the world is.

"Ireland are the best side in the world," the England coach said after naming his squad for their Six Nations opener against Ireland in Dublin on February 2.

"They are a very well coached and drilled side and have particular things they do well in the game," he added of a team who have become a major force under Kiwi boss Joe Schmidt.

"To beat Ireland, we need to compete brutally in all the contest areas of the game."

Jones on Thursday named Owen Farrell as his captain ahead of the season-opener.

Flyhalf Farrell and Dylan Hartley were officially co-captains of the England squad during the November internationals, but the experienced hooker has been ruled out of Jones' initial 35-man party ahead of their Six Nations opener at Lansdowne Road with a knee injury that has sidelined him since December 31.

England are due to head to Portugal for a warm-weather training camp in the lead-up to the Ireland match and Jones added: "Unfortunately Dylan won't be available for the Ireland game so we won't take him to Portugal, but we are hopeful he will be back later in the Championship."

Farrell now takes sole charge of the side, with Jamie George the starting hooker.

"Owen will be captain by himself and he will certainly have great support from a number of senior players," Jones said.

Veteran front row forward Dan Cole has been recalled while loosehead props Mako Vunipola and Ellis Genge are back following injuries that ruled them out in November, when England won three of their four Tests and lost only narrowly to world champions New Zealand.

Meanwhile No 8 Billy Vunipola and lock Joe Launchbury are also in line for a recall as is veteran fullback Mike Brown, who did not feature in November.

But there was no place in this squad for scrumhalf Danny Care, a team-mate of Brown at London club Harlequins and long the back-up to England first-choice No 9 Ben Youngs.

Wasps' Dan Robson, one of four uncapped players in the squad, has been selected instead by Australian coach Jones.

Former Australia and Japan coach Jones insisted England's sole focus during their 10-day training camp in Portugal would be on the Ireland game and that this was a squad picked solely for that match, rather than the Championship as a whole.

"The first thing when we get together as a squad is to get our cohesion back," he said.

"The players have been playing for their clubs with different styles and different playing philosophies, so it's about getting them thinking about playing the England way."

England 35-man training squad announced on Thursday for their opening match of the 2019 Six Nations Championship against Ireland in Dublin on February 2: