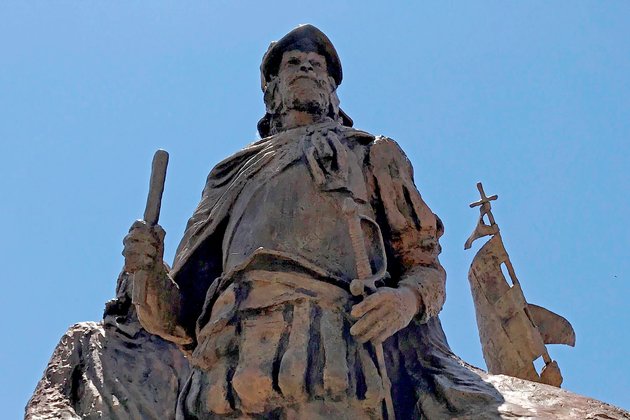 As statues and monuments associated with slavery and other flawed moments of the nation's history come tumbling down at both the hands of protesters and in some cases decisions by politicians, the movement in the American Southwest has turned its attention to representations of Spanish colonial figures long venerated by some Hispanics but despised by Native Americans.

Protesters say figures such as Onate, who led early Spanish expeditions into present-day New Mexico, shouldn't be celebrated. They point to Onate's order to have the right feet cut off of 24 captive tribal warriors after his soldiers stormed Acoma Pueblo. That attack was precipitated by the killing of Onate's nephew.

They say other Spanish figures oversaw the enslavement of Indigenous populations and tried to outlaw their cultural practices.

Some Hispanics who trace their lineage to the early Spanish settlers say removing the likenesses of Onate and others amounts to erasing history - a complicated history both marred by atrocities against Indigenous people and marked by the arduous journeys that many families made for the promise of a new life or to escape persecution in Spain.

That history remains tightly woven into New Mexico's fabric as many Native American Pueblos still are known by the names given to them by the Spanish and many continue to practice Catholicism - something even Pueblo leaders acknowledge.

"New Mexico is a special place for all of us. We are all neighbors. We share food, we work together, and in many cases, our family relations go back generations," said J. Michael Chavarria, chairman of the All Pueblo Council of Governors and governor of Santa Clara Pueblo.

Earlier this month, demonstrators tried to tear down an Onate statue outside an Albuquerque museum using chains and a pickax. A fight that broke out resulted in gunfire that injured one man. The next day, Albuquerque removed the statue and placed it in storage.

Another Onate statue was removed by Rio Arriba County officials ahead of a planned protest that sought its removal, drawing praise from activists and some Pueblo leaders.

Albuquerque City Councilor Cynthia Borrego, who is Hispanic, acknowledged the sordid aspects of history during a city-sponsored prayer and healing event prompted by the protests.

Daniel Ortiz, 58, a retired financial adviser in Santa Fe, can trace his family's roots over 14 generations. He said the statues' removals amount to anti-Hispanic sentiment and a dismissal of Hispanics' unique contribution to area.

"This is the work of a small, radical Native American group, not our Pueblos," Ortiz said. "They've hijacked the Black Lives Matter movement and our Anglo leaders are too scared to stand up to them."

In Belgian town, Monuments Expose a Troubled Colonial Legacy Protests have been sweeping the world following the death of George Floyd, a Black man killed last month by police in the United States. The demonstrations focus on colonial history and present-day racism

Ortiz is leading a online petition calling for the monuments' return.

Others have taken to social media to call the vandalism an act of "Hispanicphobia," linking it to anti-immigrant sentiment.

Even the Spanish Embassy in the U.S. has weighed in, saying that defending the Spanish legacy is a priority and educational efforts will continue for "the reality of our shared history to be better known and understood."

Spanish explorers were the first Europeans to set foot in the present-day American Southwest. It started with expeditions in the 1540s as the Spanish searched for the fabled Seven Cities of Gold. Decades later, colonization ramped up and Santa Fe was established as a permanent capital in 1610.

Spanish rule over the New Mexico territory lasted for about two centuries until the area briefly became part of the Republic of Mexico before it was taken over by the U.S.

Spain's enduring hold over the territory made it unlike other areas in the Southwest and opened the door for memorializing the Spanish influence.

Some scholars say the phenomenon of commemoration is linked to efforts that originated more than a century ago as Hispanics tried to convince white members of Congress that New Mexico should become a state.

During the 19th Century, white people moved into the territory and held racist views toward the region's Native American and Mexican American population, according to John Nieto-Phillips, author of "The Language of Blood: The Making of Spanish-American Identity in New Mexico, 1880s-1930s."

"They derided particularly the Mexican population as mongrels and mixed-blood who were incapable of governing themselves," said Nieto-Phillips, the diversity and inclusion vice provost at Indiana University.

As a result, Nieto-Phillips said elite Hispanics in the region took on a solely Spanish American identity over their mixed heritage as a means to embrace whiteness. Some Hispanics adopted notions about "pure" Spanish blood as part of the eugenics movement that peaked in the 1920s and '30s to argue they were racially different than other ethnic Mexicans in Texas and California, he said.

It's an identity that continues today. The conquistador image has appeared on university emblems, moving truck companies, and once was the mascot of Albuquerque's minor league baseball team. Meanwhile, Latinos in other southwestern states often identify as Mexican American or mestizo, a mixture of Spanish and Native American ancestry.

Yet, in recent years, the Spanish conquistador and all the effigies connected to it have seen intense criticism thanks to a new politicized coalition of Native American and Latino activists. Protests have forced the cancellation of Santa Fe's annual "Entrada" - a reenactment of when the Spanish reasserted themselves following the Pueblo Revolt.

In California, people have been defacing Serra's statues for years, saying the Spanish priest credited with bringing Roman Catholicism to the western United States forced Native Americans to stay at the missions after they were converted or face brutal punishment. Protesters in Los Angeles and San Francisco recently brought down statues of Serra.

The recent violence in New Mexico has forced some elected officials to consider removing public art and renaming schools linked to Spanish conquistadors.

Vanessa Fonseca-Chavez, who grew up in Grants, New Mexico, and is the author of an upcoming book on colonial legacies in the Southwest, said she understands how Hispanics can be excited about being able to trace their history to early New Mexico settlements that predate even the Massachusetts Bay Colony.

But along with those prideful reflections should come a critical examination of colonial legacy and the anger spurred by those monuments.

"These incidents didn't happen in a vacuum," said Fonseca-Chavez, an assistant English professor at Arizona State University. "This has been building for more than 20 years ... people are really getting frustrated at the lack of historic and social consciousness about New Mexico's history." 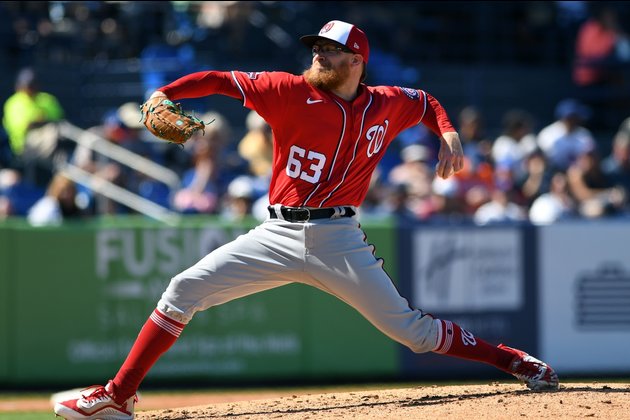 LONDON, UK - It was a quiet day on world markets on Friday with U.S. markets closed ahead of the ...