Boom in demand for friendly hackers 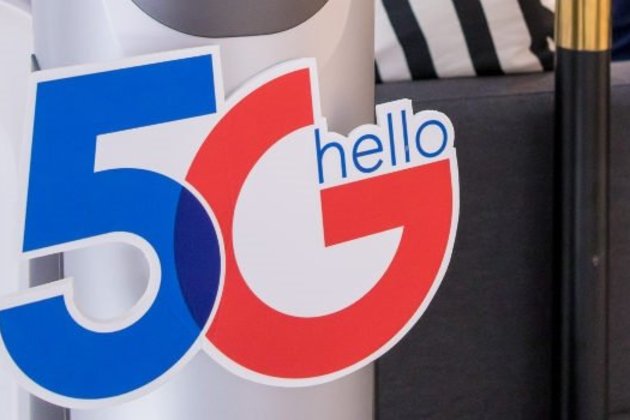 As the number of online devices surges and superfast 5G connections roll out, record numbers of companies are offering handsome rewards to ethical hackers who successfully attack their cybersecurity systems.

The fast-expanding field of internet-connected devices, known as the "internet of things" (IoT) which includes smart televisions and home appliances, are set to become more widespread once 5G becomes more available - posing one of the most serious threats to digital security in future.

At a conference hosted by Nokia last week, "friendly hacker" Keren Elazari said that co-opting hackers - many of whom are amateurs - to hunt for vulnerabilities "was looked at as a trendy Silicon Valley thing six to eight years ago".

But "bug bounty programmes" are now offered by organisations ranging from the Pentagon and banks such as Goldman Sachs to airlines, tech giants and thousands of smaller businesses.

The largest bug-bounty platform, HackerOne, has 800 000 hackers on its books and said its organisations paid out a record $44 million (€38.2 million) in cash rewards this year, up 87% on the previous 12 months.

"Employing just one full-time security engineer in London might cost a company Pound 80 000 (€89 000, $106 000) a year, whereas we open companies up to this global community of hundreds of thousands of hackers with a huge diversity in skills," Prash Somaiya, security solutions architect at HackerOne, told AFP.

"We're starting to see an uptick in IoT providers taking hacking power seriously," Somaiya said, adding that HackerOne now regularly ships internet-connected toys, thermostats, scooters and cars out to its hackers for them to try to breach.

"We already know from what has happened in the past five years that the criminals find very clever ways to utilise digital devices," Elazari told AFP.

A sobering example was the 2016 "Mirai" cyberattack, during which attackers took control of 300 000 unsecured devices, including printers, webcams and TV recorders, and directed them to flood and disable websites of media, companies and governments around the world.

"In the future of 5G we're talking about every possible device having high-bandwidth connections, it's not just your computer or your phone," Elazari warned.

In October Nokia announced it had detected a 100% increase in malware infections on IoT devices in the previous year, noting in its threat report that each new application of 5G offers criminals "more opportunities for inflicting damage and extracting ransom".

The rewards for hackers can be high: 200 of HackerOne's bug-hunters have now claimed more than $100 000 in prizes, while nine have breached the million-dollar earnings mark.

Apple, which advertises its own bug bounty programme, increased its maximum reward to more than $1 million at the end of last year, for a hacker able to demonstrate "zero click" weaknesses that would allow someone to access a device without any action by the user.

"A big driver is of course the financial incentive, but there's this element of a breaker mindset, to figure out how something is built so you can break it and tear it apart," Somaiya said.

"Being one individual who's able to hack multibillion-dollar companies is a real thrill, there's a buzz to it."

The rush of companies shifting to remote working during the pandemic has also led to "a surge in hacktivity", HackerOne said, with a 59% increase in hackers signing up and a one-third increase in rewards paid out.

The French and UK governments are among those to have opened up coronavirus tracing apps to friendly hackers, Somaiya added.

While 5G internet systems will have new security features built into the network infrastructure - something absent before - the new technology is vastly more complex than its predecessors, leaving more potential for human error.

"I see a lot of risk for misconfiguration and improper access control, these glitches are one of the main risks," Silke Holtmanns, head of 5G security research for cybersecurity firm AdaptiveMobile, told AFP.

But companies are being motivated to act as security moves up the agenda, Holtmanns believes.

The EU, along with governments around the world, has begun tightening cybersecurity demands on organisations, and fines for data breaches have been increasing.

"Before now it's been hard for companies to justify higher investment in security," Holtmanns, who sits on the EU cybersecurity advisory group Enisa, said.

But she added, "If they can say: 'With that security level we can attract a higher level of customer, or lower insurance premiums,' people start thinking in this direction, which is a good thing." 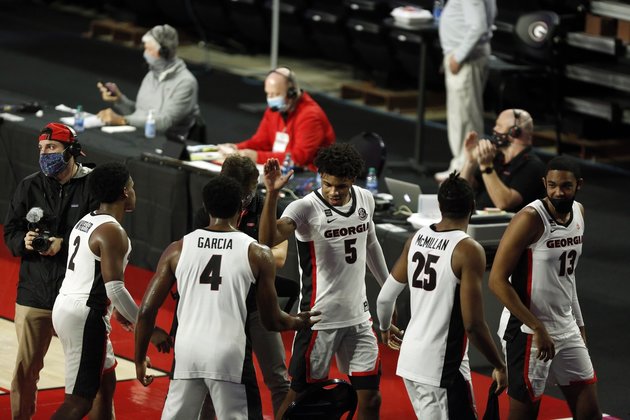 Tom Crean checks in with 31 years experience but the Georgia head coach is still trying to measure up to ... 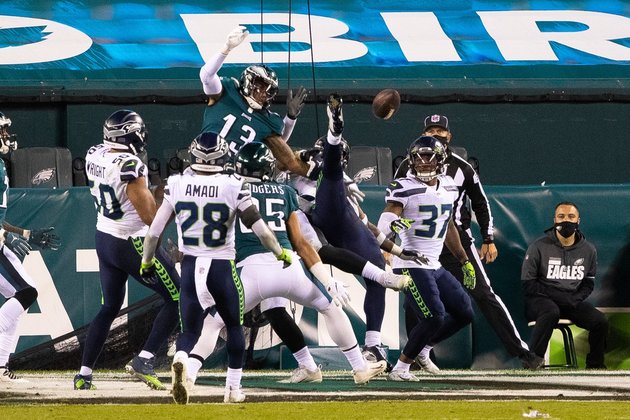 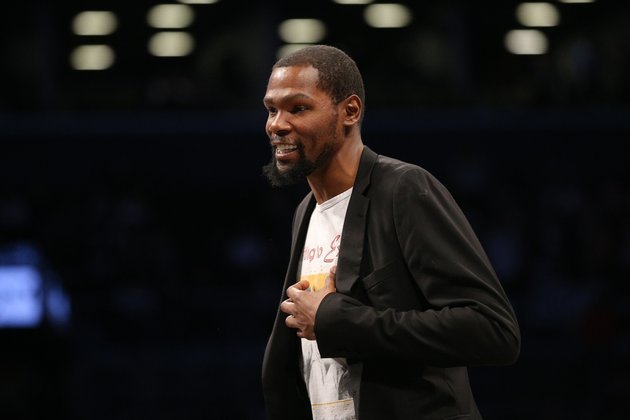 Kevin Durant wants to embrace his return to the NBA and new beginnings with the Brooklyn Nets. "I'm looking forward ... 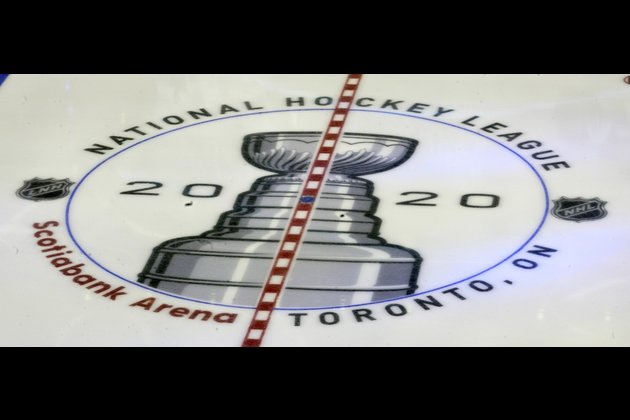 The NHL is continuing to push for an early January start to the upcoming season, according to a report from ...

Oladipo insists he is 'focused' on playing for Pacers 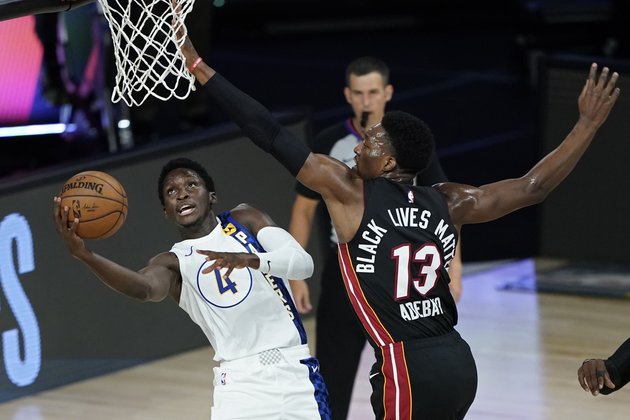 Indiana Pacers All-Star guard Victor Oladipo moved Tuesday to squash rumors that he has been seeking to depart the organization, ... 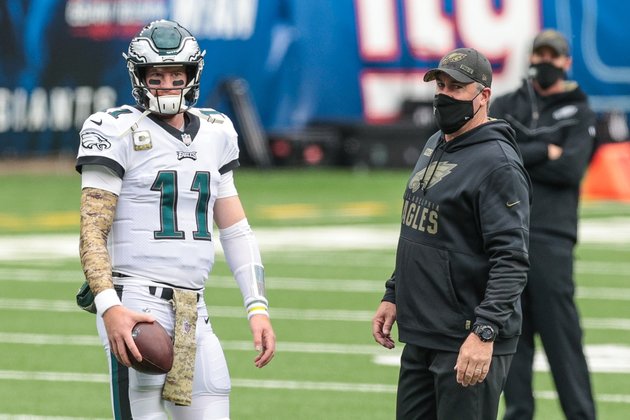 Philadelphia Eagles coach Doug Pederson isn't interested in making a change at quarterback, however on Tuesday he left the door ...

SYDNEY, NSW, Australia - Stocks in Asia bounced back on Tuesday, a day after stocks across the world tumbled.Good gains ...

Washington [US], November 30 (ANI): US President-elect Joe Biden on Monday announced key members of his economic team, including an ...