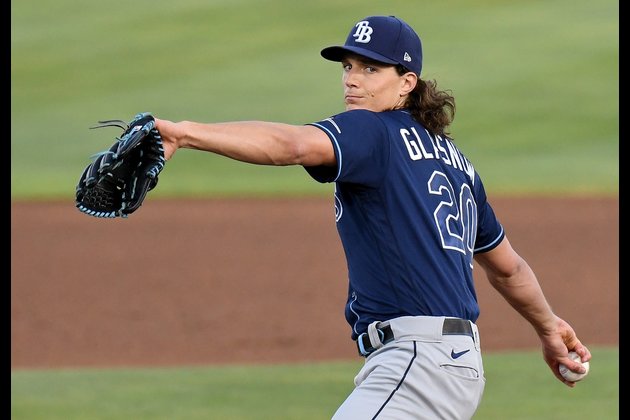 Glasnow sustained the injury in his throwing arm during a start against the Chicago White Sox on June 14. The 27-year-old will miss the rest of the season and is coming to grips with the possibility that he will miss the entire 2022 campaign as well.

"I'm not in any position to try to rush it. I just want to make sure I feel good," Glasnow told reporters on Saturday. "I'm just really excited to be able to pitch pain-free. It's frustrating, but the long-term investment of doing this, I just think it's going to be really beneficial to me to come back strong, healthy and pain-free in 2023."

Glasnow met with doctors on Friday in Arlington, Texas and was slated to have a throwing session. He knew right away there was no way he could pitch without undergoing the procedure.

Losing the powerful arm of Glasnow is a blow for a team that is looking to return to the World Series for the second straight season.

"Disappointing, of course, to lose a pitcher of that caliber for the remainder of the season," Rays pitching coach Kyle Snyder said. "You're not going to be able to replace him.

"We'll figure out the best way for us to move forward knowing that he's not going to be part of it, more than likely, the remainder of this year. But we feel good about the fact that the longer view of his career is going to be where it needs to be, and he's just finally getting something like this taken care of."