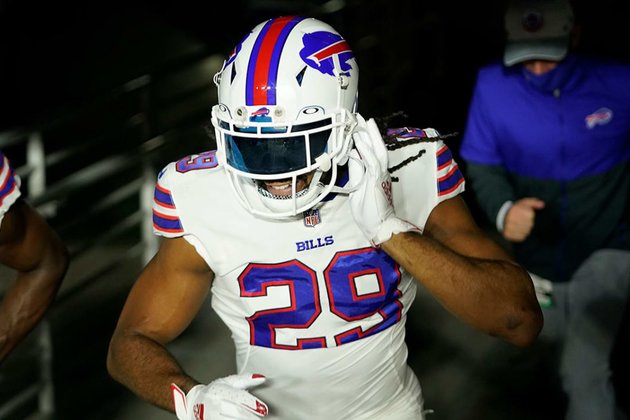 Cornerback Josh Norman wanted to sign with the San Francisco 49ers for one reason, and one reason only.

"I'm here to win a championship," Norman said. "It's not so much about the numbers now than it is about getting a ring on my hand and hoisting that Lombardi - something that I've always cherished to do. And I feel like this team has that ability and has capabilities to make that happen. And I'm going to do everything in my power to help to push us to the edge in getting that done."

The savvy coaching staff, chemistry in the locker room and bay area weather were all extra perks for Norman as he set his focus to joining the 49ers squad and adding a Super Bowl ring onto his long list of accomplishments. The NFL veteran's list also includes being a First-Team All-Pro, Pro Bowl cornerback and entering his 10th season in the league.

Norman was originally drafted by the Carolina Panthers in the fifth round (143rd overall) of the 2012 NFL Draft, where he became an Associated Press First-Team All-Pro in 2015. In the 2020 season, Norman recorded 24 tackles, four passes defensed, two fumble recoveries, one forced fumble and one interception with the Buffalo Bills in nine regular-season games.

After months of watching the 49ers from afar via social media and communicating with other teams alongside San Francisco, Norman officially signed a one-year deal with the 49ers on Monday, Sept. 6. The signing between the 49ers and the veteran cornerback took months of deciding simply because Norman stated that he "wanted to get it right."

"We were thrilled to be able to land Josh," general manager John Lynch said on KNBR's Murph & Mac Show. "I'm just excited to have him for the long run this season. You can't have enough good corners in this league, and he certainly fits that mold."

Norman will have to catch up to the league's game speed after being a free agent throughout the entirety of the offseason, training camp and preseason. Signed to the 49ers to bring more secondary depth, Kyle Shanahan may need to see Norman step up to the plate sooner than originally planned as starting cornerback Emmanuel Moseley was listed as "doubtful" (knee) for Sunday against the Detroit Lions. Although only arriving to the team on Monday, Shanahan believes he can rely on the NFL veteran for Week 1 this Sunday, if needed.

"You always want guys to have a camp, but he said how hard he prepared and how good in shape he is before he came here, and that's exactly what we've seen this week. So, it's not something you want to do, but if we need to do it, he's up for the challenge," Shanahan said.

Stating he's ready to go on Sunday and that he's not afraid to be "thrown into the fray," Norman also added that it's his "professional job" to stay ready no matter the circumstances. Norman joins a position group that includes two rookie cornerbacks, Deommodore Lenoir  and Ambry Thomas, who all have a chance to receive some reps in their 49ers debuts for the season opener this Sunday.

"I'm truly grateful for the [opportunity] to be able to do that, and being in that position to challenge myself," Norman said. "And yeah, I'm excited."