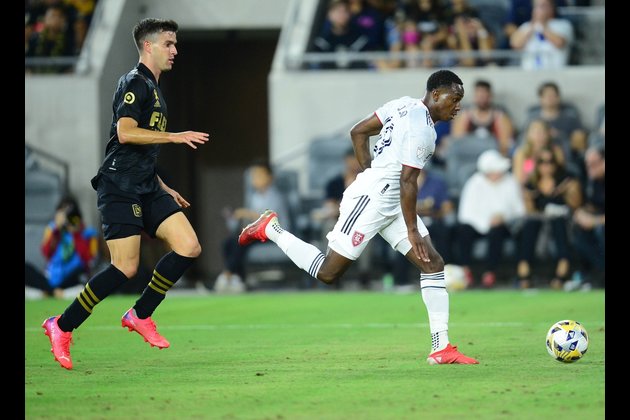 Anderson Julio looks to continue his strong season and Real Salt Lake looks to break out of their funk when they visit the San Jose Earthquakes on Wednesday night.

Real Salt Lake has dropped three of their past four games but Julio's play isn't one of the issues. The 25-year-old forward's goal in Sunday's 3-2 road loss against Los Angeles FC was his third in the past five matches.

The speedster from Ecuador is allowing Salt Lake (8-9-6, 30 points) to play at a faster pace. Julio, who has six goals, is proving to be a fine compliment to All-Star Damir Kreilach (team-leading nine goals) and fellow midfielder Albert Rusnak (six).

"He brings an element to the group that is dynamic and exciting," interim RSL coach Pablo Mastroeni told reporters. "Any time you have speed on the front line, it really opens up a lot of gaps for guys like (Kreilach) and (Rusnak) underneath. He has an ability to make plays happen."

Julio and his teammates badly need a victory as they currently share the seventh-most points with LAFC in the Western Conference. Only the top seven teams make the postseason.

The Earthquakes actually have been playing better on the road, with a seven-match unbeaten stretch (2-0-5) that includes Saturday's 1-1 tie against FC Dallas. Defender Oswaldo Alanis scored the San Jose goal on a penalty kick.

"We want to play better at home and that's one area we really need to improve on and we're going to show it Wednesday," San Jose goalkeeper JT Marcinkowski told reporters. "That same confidence we have when we play on the road, we need to have it at home and make PayPal Park our fortress as a really tough place to play and make sure teams don't want to go there."

Javier Lopez leads the Earthquakes with five goals while fellow midfielder Cade Cowell is second on the squad with four.

Veteran forward Chris Wondolowski scored goals in the 83rd and 87th minutes as San Jose rallied to a 2-1 road win over Salt Lake on May 7. Forward Rubio Rubin scored for RSL.