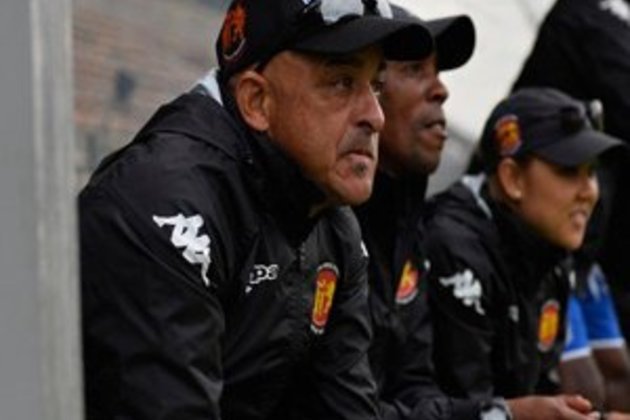 Cape Town - It is with a lingering element of sadness that former Highlands Park stars like Martin Cohen, Hennie Joubert, Eugene Kleynhans and Colin Gie still reminisce over the sale and apparent demise of the club famously known as "The Lions of the North" in 1983 - and a mixture of disbelief and delight over the qualification for the MTN 8 final against SuperSport United at Orlando Stadium on Saturday, October 5 for a first major final in 36 years.

In one period in the 1960s, Highlands won the now-defunct NFL title six times in eight years before going on to further successes in the 1970s and annexing the championship of the NPSL, the country's first non-racial League, in 1980 and then losing the final of what was then the BP Top 8 Final against Orlando Pirates in 1983 - after which Highlands chairperson Rex Evans sold the club's franchise to local icon Jomo Cosmos, who promptly changed the name of the club to Jomo Cosmos.

The rest is now history.

For three decades and more, Highlands operated mainly as a junior and amateur entity, before current chairperson Brad Kaftel and technical director Larry Brookstone engineered the return to the big-time of the Absa Premiership through the ranks of the PSL's NFD, with a seventh-place League finish last season earning qualifying to the MTN Top 8 and ultimately the final itself next month, with a victory over Orlando Pirates, their 1983 conquerors, ironically along the way.

Former Highlands goalkeeper Kleynhans says there was shock and well-nigh disbelief when news of the club's sale surfaced.

"I then spent a brief period with Jomo Cosmos before moving to Pirates," he added. "Then shortly afterwards a serious injury ended my soccer career."

Joubert said the loss of Highlands' headquarters at Balfour Park in the Highlands North suburb of Johannesburg - hence "The Lions of the North" label - because of a development project, had something to do with the club's sale.

"But frankly it hit me like a rocket. South African soccer needs clubs like Highlands and it's great to see them back."

Cohen, who enjoyed a successful spell in the United States intermingled with his spell at Highlands, said with "The Lions of the North" and Cape Town City back in the Absa Premiership, it would be a boost for the PSL if other vaunted teams of the past like Moroka Swallows and Durban City to resurface.

Former star and Highlands coach, Owen da Gama, who has played a prominent role in the club's storybook revival, says there is still "a long way to go before regaining the charisma of the past - "but that is our objective at a new home ground at the Makhulong Stadium in Tembisa.

"Our training headquarters remains at Balfour Park and the nickname of The Lions of the North is imprinted", he says over what the enterprising coach has labelled "history revisited."